It’s the Middle of Winter and It’s Freezing Outside

Do What the Russians Do:

I had my mid-life crisis early. I was approaching 30, and miserable about it. I was single, living in Chicago, and had a good amount of disposable income, so I decided to distract myself with three wonderful vacations within a year of the dreaded day. I did it, and I don’t regret a minute of the six weeks I spent exploring the world.

First, I spent two weeks in London. It was my first time, and I had a friend living there, so I was able to get the insider’s scoop on things to do. I loved it.

Next, I booked a tour of Italy with the Chicago Council on Foreign Relations. I scored an audience with the pope (along with ten thousand other people), a private tour of the presidential palace, and an insider’s list from a buyer at Marshall Field’s of the best places to shop in Florence. It was magical.

For the third trip, I again booked a tour with the Council, but this time the destination was the Soviet Union. In winter. In the middle of the Cold War. It was illuminating, frustrating, hilarious, bitterly cold, and utterly unforgettable.

On that trip I learned of the Russians’ abiding love of ice cream. Some say it warms you up even in winter. But I suspect the reason has to do with nostalgia. It seems that other sweets were not always available, but wonderfully fresh, chemical-free ice cream (standards regulated by the government) was always available and affordable.

Although we had paid for a deluxe tour, good food, especially fresh food, was hard to find. At a bus stop along the road to Moscow, I spotted three oranges and paid a fortune for them, as we hadn’t seen any fresh fruit, even on the large breakfast buffets (which always had a selection of breads and large strips of fat to put on them). I ate one on the spot, and gifted the other two.

We stayed one night in the countryside at a “resort.” The main course for dinner was a meagre ceramic pot with broth at the bottom and bare chicken bones on top which we christened “pot au feu.” The only entertainment was a disco on the basement level, and we were told there was food available for purchase. The group descended on the club when it opened. All of three items were on the menu: vodka, Russian “champagne” (as sweet as cough syrup), and rum raisin ice cream. We found this hilarious, and skipped the vodka but went through buckets of really good ice cream, and more than a few bottles of champagne.

(Note: The group I hung out with on this trip was not callous. We knew that we were most probably eating better than the average citizen. We would have gladly given them food if we had it to give, but we did tip generously in hard currency, and left behind the books, magazines and 19-cent Bic pens that people coveted.)

I remember only two of the nights of those six weeks of travel: a warm night in late fall eating al fresco on the Via Veneto in Rome and the night at the Russian disco with the delicious, silken ice cream so incongruous with the setting.

A Google search resulted in many articles about the Russians’ love of ice cream. But I was surprised to find the U.S. has the highest per capita consumption of the stuff. And if you haven’t noticed, the choices of brands and flavors have exploded lately. After tasting quite a few, I’ll list my favorites.

A Passion for Stellar Ingredients 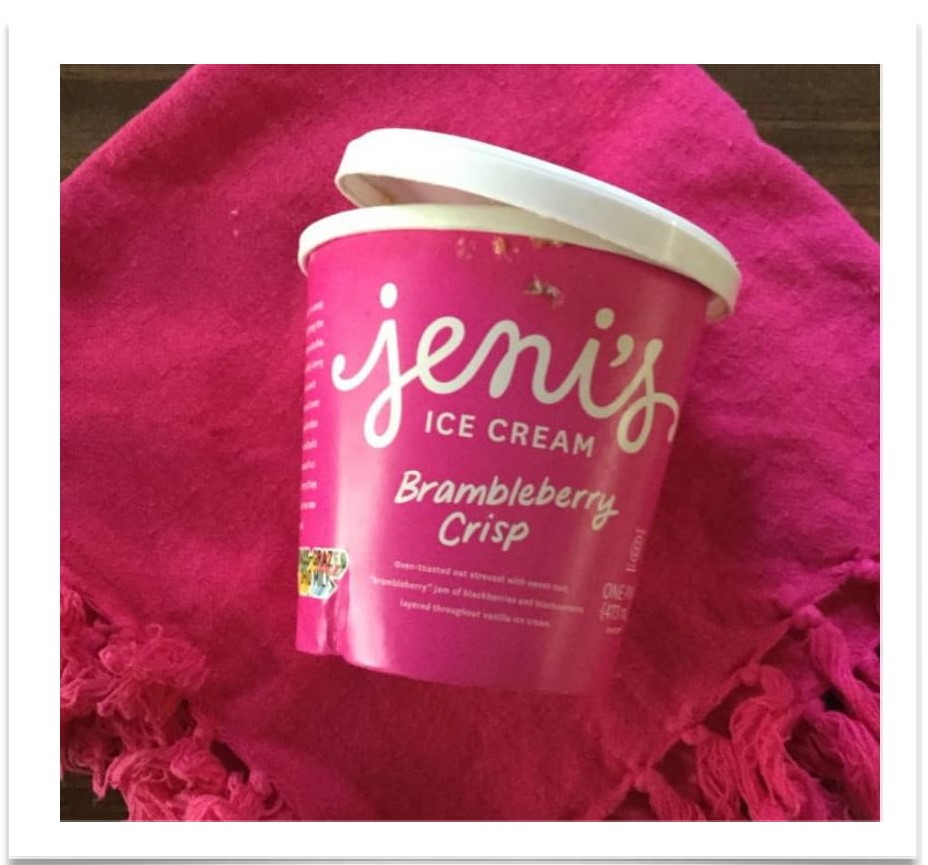 First of all, Ohio-based Jeni Britton Bauer has serious credentials. She has been crafting ice cream for two decades, and her first book, Jeni’s Splendid Ice Cream at Home, merited a James Beard Award. Secondly, the woman has a passion for ingredients. Info on that subject on her website is voluminous, and tasting the first spoonful confirms it. She is so impressed with her sourced vanilla that she named an ice cream, Ndali Estate Vanilla, after the location in Africa where the bean is grown.

Jeni’s website takes you on a tour of her other suppliers as well, from fair-traded coffee and direct-trade chocolate (Missouri-based Askinosie chocolates—more on them in a later blog), family-run dairies and creameries, and fruit farms that have been producing for decades. I’m so tempted to buy a pint of Middle West Whiskey & Pecans, which features “…signature whiskey distilled with single-origin, soft red winter wheat and barrel-aged to perfection in white American oak cooperage.” Oh gosh, this is ice cream all grown up. And kudos to the copywriter.

Jeni’s lighter offerings contain a tangy yogurt developed for them by an 82-year-old dairy which also supplies their buttermilk. When is the last time you enjoyed a dessert after reading about the suppliers? Never? Thought so.

Jeni’s has many scoop shops in Ohio and four in Chicago. I found a couple of flavors at my local Meijer’s and was surprised to do so. But you can order online with a minimum order of three pints.

And may I say that when planning ahead for the holidays that pies are traditional, but really, a slice of pie after a heavy meal can be the source of regret an hour after it’s eaten. Everyone has room for a scoop or two of ice cream, and what could be more thoughtful than offering a few of Jeni’s holiday favorites: Boozy Eggnog, Cognac with Gingerbread, White Chocolate Peppermint, Pumpkin 5-Spice, and Sweet Potato with Torched Marshmallows? Go ahead and bake your traditional pie and send the slices home with your guests. Pumpkin pie for breakfast is deeee-VINE!

Check out Jeni’s at https://jenis.com.